I've owned a CJ35G with burst for I believe six and a half years: from when they first came out. I purchased the first CJ35 that Artisan, in Franklin Tennessee, got in the store. This was my first trip to Artisan, and I had no intention of buying anything. I was just a flat out tourist looking forward to seeing the store's extraordinary selection of guitars, and maybe playing a few. The folks there were pretty excited about the CJ35 and insisted I try it and I was totally taken with the sound. I left with the sound in my head and came back when the store opened the next day and bought it. I still am amazed at the guitar. It's the most unique sounding of all the Collings guitars and does a pretty great job of almost replicating, and in some ways, surpassing the pre-war Gibson J35s. (Had a chance to play a few on visits to Carter's in Nashville.) I'm a singer and over the years I've found it suits more and more of the songs I sing.

I've not been able to play the CJ35 (with Sitka) and the CJ35G side by side, but have played at some length two other CJ35s with Sitka top. One I played at Martin Music in Memphis three years ago I felt was incredibly close in sound and feel to mine. I'm pretty sure I wouldn't have been able to reliably tell the difference if I'd only had them to play back to back for a little bit. So, because guitars vary from each other, I'm not sure that my sense of the differences would be accurate in your case. Different Sitka tops and different German tops can produce various ranges of sound.

A rough sense of the difference would be that mine had a lighter, more airy or vibrant top end when I first heard it, the sitkas' tops were a little thicker. But this does seem like splitting hairs. I would pick the German top were I to do it again: only because I love my guitar and feel it's become better and better over time.

I've found that the guitar is equally great with EJ16 and EJ17s. Most of the time I prefer it with the lighter strings. It capos better up the neck and, to me at least, has the kind of shimmer that the pre-war J35s have. But with the mediums, it's a thick and glorious sound. Just talked, or wrote, myself into putting the 17s back on for awhile.
Top

I have a CJ-35A I fell for several years ago at my luthiers shop. Then I played a CJ-35G at Smoky Mountain Guitars a few months after I bought mine. The thing I remember about the German topped one was the sweet low-end it had. Maybe it was the room but seemed to have more bass than mine. Although after a few years, mine is not lacking in the low-end.

I've never had the opportunity to play a Sitka topped version.
Top

Good to hear from you both. I have one that will be shipped soon once the dealer receives my guitars in trade. Reading the reviews online puts a big smile on my face (btw, I’m a lefty)
Top

I've liked the tone of Italian/Alpine/German spruce tops. So when an opportunity came to buy a new one, I did. 2014 CJ35GSB. Although the sitka topped CJ35 sounds great, the German option was worth it for me. I'm not good at describing things (tone) like this, but you'll be happy with it.

Pics required when it arrives!
Top

I'm pretty sure you will love your new guitar. I was visiting Nashville a few years back and stopped into Artisan Guitars (Franklin, TN) and never played a Collings before. After playing a CJ35SB I knew it was coming home with me (sitka top). There really is nothing I don't like about it from tone, playability and looks. It handles everything from strumming, finger and flat picking. Of course this is my take on it.
A few months later I visited Carter's in Nashville and played a used CJ35SB with the German top. I was equally impressed with that one too. It might have sounded a bit warmer?...maybe just played in more than mine. Mine is opening nicely now and it is a lifetime keeper.
***It was a retirement gift to myself
Hope you enjoy it!
Top

Thanks all. The guitar is fantastic, love the German top. Very loud, punchy sound. I strung the guitar up with elixir medium strings after trying the lights, the lights were too slinky feeling. I’m not sure how to post pictures so here is a link to the guitar. 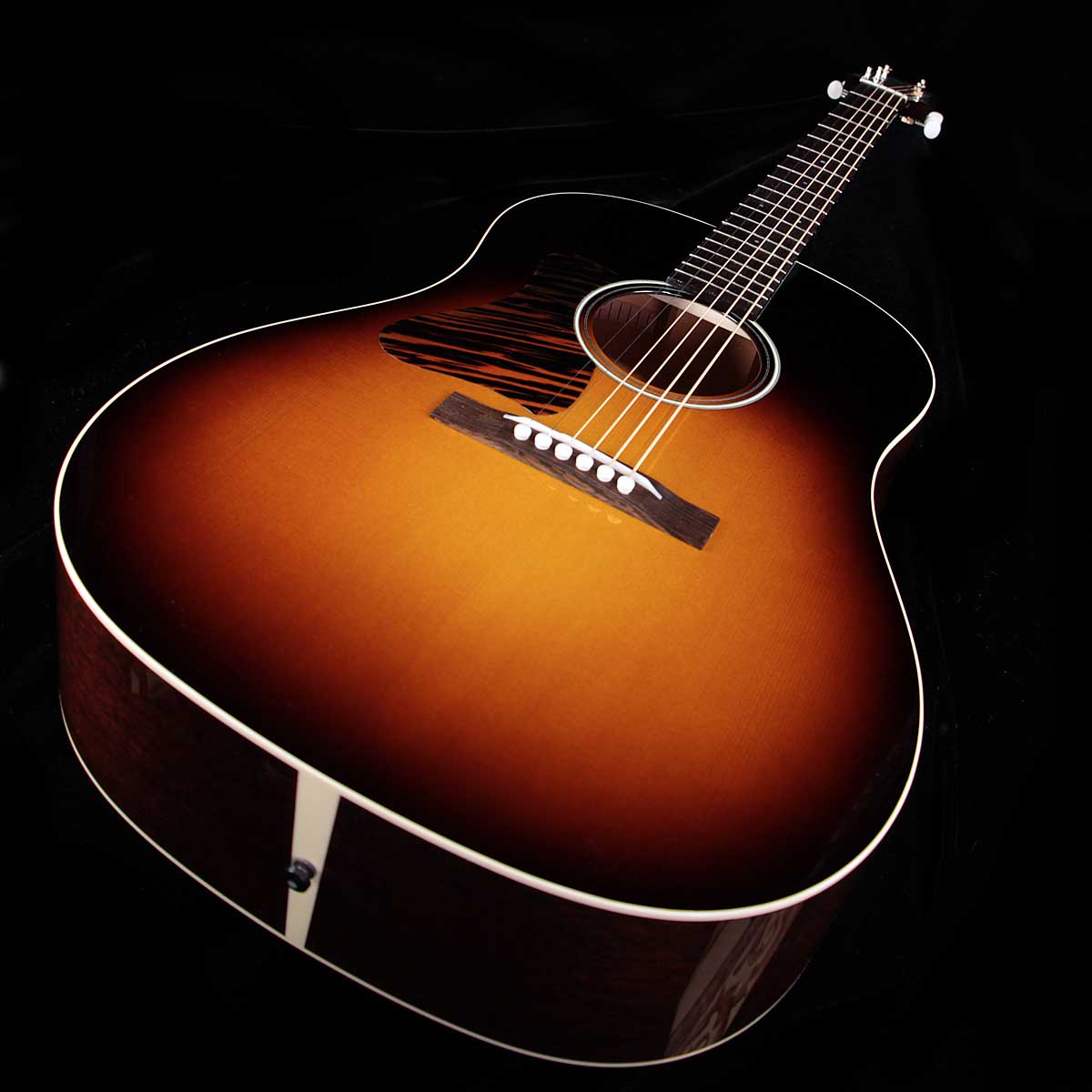 What strings are y'all using on your CJ35s? I have a CJ35G and am looking for strings that give a little more warmth than the D'Add J17's. I just strung it up with a set of Martin Monel Retros last night. It'll take a couple days before these settle in and I know how they work out. I like Monels on my D1T.
Top

I no longer have my CJ35 but I used Pearse PB New Mediums and thought they were a great compliment to that guitar.
Top
Post Reply
13 posts